Phonon-roton coupling in liquid helium and in superfluid Fermi gases

Liquid helium 4 is the first physical system that has led to the observation of the fascinating macroscopic quantum phenomenon that is superfluidity. Although its superfluid phase has been studied extensively for almost a century, it still exhibits some fundamental phenomena not fully understood from a quantitative point of view. One of them is the attenuation of sound waves, which, as is usual in the presence of short-range interactions, propagate in the fluid after a density perturbation.

At low temperatures, superfluid helium 4 has two types of excitations, phonons and rotons. Phonons are the well-known quasi-particles composing the sound wave in a quantum description; they have the usual low-wavenumber linear dispersion relation. Rotons, on the other hand,  are massive quasi-particles discovered in helium; they are a bit strange because their dispersion relation has a non-zero minimum (a gap) at a nonzero wave number. The damping of phonons (hence of sound) by scattering on rotons was calculated by Landau and Khalatnikov in 1949 but has never been carefully checked experimentally; even worse, recent measurements [Fåk et al., PRL (2012)] point towards disagreement. 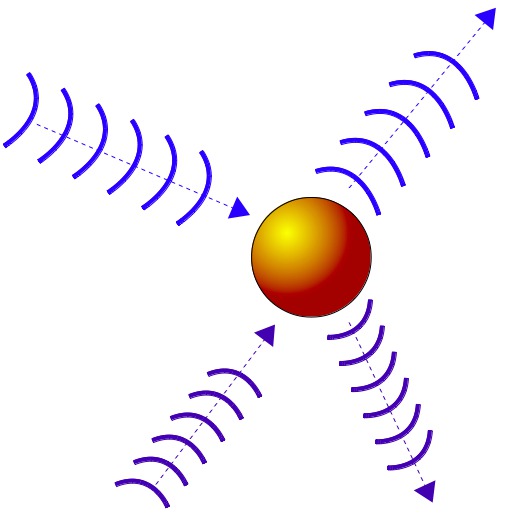 A theoretical collaboration between the University of Antwerp and two LKB teams has led to what should be the definitive expression of low-temperature phonon-roton coupling, including terms that have been omitted or even, for one of them, forgotten in the article of 1949. This new prediction might be confirmed experimentally by precise measurements in helium 4, a liquid of bosons,  at low temperature. In the same work, the theory was extended to another system, a gas of fermionic atoms in a flat-bottom trap, which did not exist in 1949 but which was recently prepared in the lab by Martin Zwierlein at MIT and Christophe Salomon’s team at LKB. This system is superfluid at low temperature and also has two types of excitations, phonons and BCS quasi-particles (broken pairs of fermions), the latter having a rotonic dispersion relation (with a gap and anonzero effective mass). The phonon scattering amplitude on the BCS quasi-particles, however, had never been calculated before. It’s now done.

An experimental confirmation of the newly predicted couplings would close an important chapter in the physics of low-temperature macroscopic quantum systems.